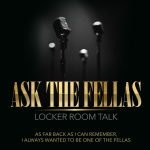 •   Have you ever had to take the bullet for your friend?

•   What does your drink say about you?  Whiskey, tequila, rum, vodka, etc.

•   Kylie Jenner is a billionaire

Join Jerrokee, Sho’Mar, Micktorious, and Barlos discuss some of the most thought provoking and talked about topics known to man.  We say what you aren’t willing to admit in public.

Special Thanks to NOH999 & Or What Produx for the dope beats.